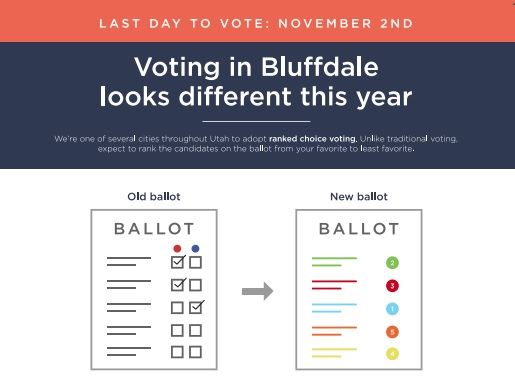 WHAT IS RANKED CHOICE VOTING (RCV)?

RCV allows voters to rank candidates in order of their preference when marking their ballot.  It helps eliminate run-off elections. This saves time, money, and energy.

HOW ARE RANKED CHOICE VOTES COUNTED?

Step 2:  The candidate who received the fewest first-choice votes  is eliminated.  Next, each vote cast for that candidate will be transferred to the voter's second-ranked choice among the remaining candidates.  This elimination process will continue until one candidate receives a majority and is deemed the winner.

Additional information is available at Rank the Vote