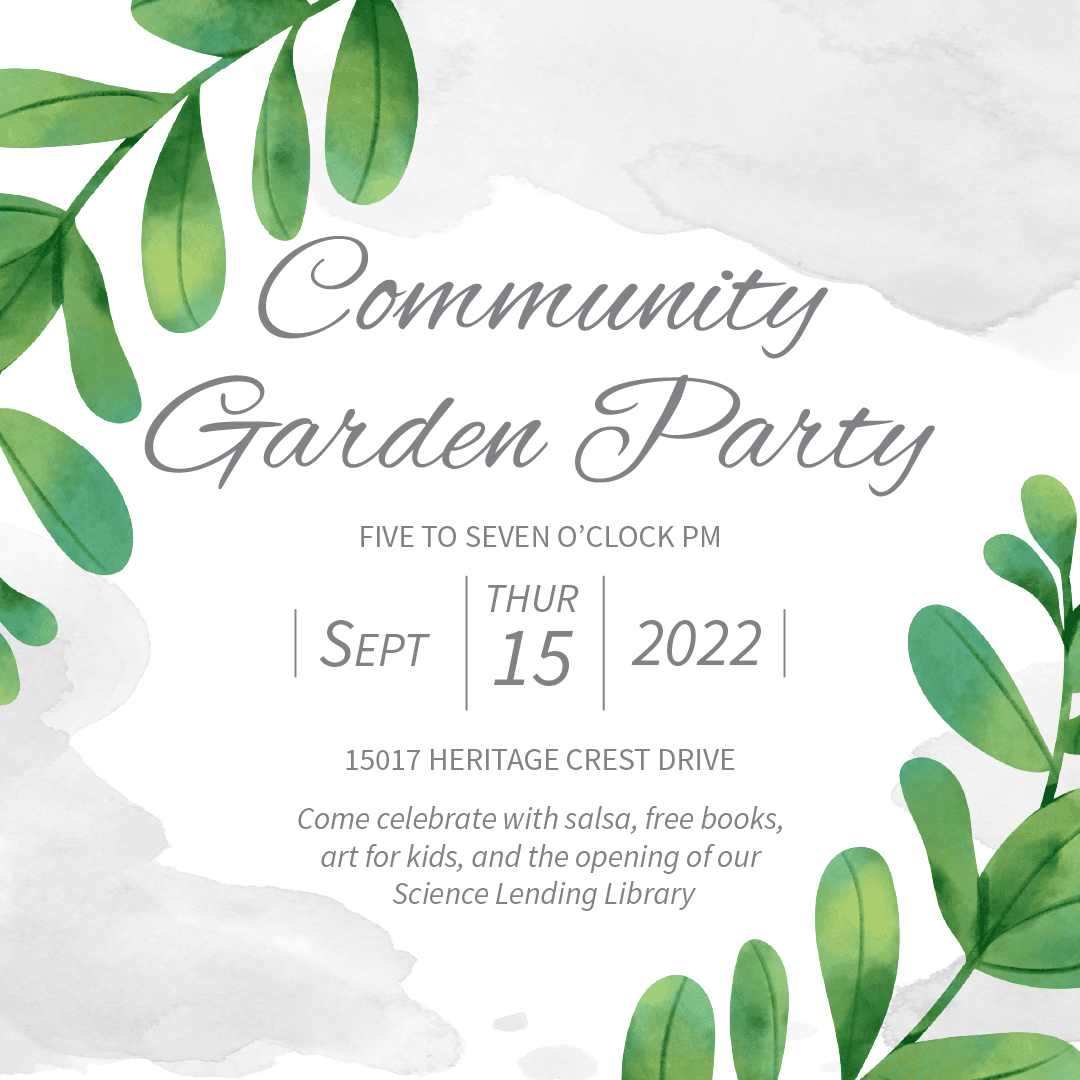 In 2019, Bluffdale City Manager Mark Reid proposed starting a Community Garden on a piece of property owned by the Jordan Valley Water District at 15017 Heritage Crest Dr. He asked Emily Swanson, who lived in the Independence neighborhood if she would manage it, and the city signed a 20-year lease on the land from the water district. Parks Manager Dave Fenn designed the garden and 24 boxes were built and the land was prepared by city staff, under the direction of Shane Paddock. The Spring of 2019 was the first gardening season.

The following year, Carl Harris, a Draper resident, approached the city and asked if he could build a gazebo on the site. He had inherited money from his brother-in-law, Chris Fox, who asked that the money be used for good causes. Carl has since built a greenhouse, a tool shed, Little Free Libraries and a children's gazebo, a compost bin, garbage surrounds, a picnic table and a second pergola, and he is currently building some picnic tables for the front.

We now have 84 boxes. Everyone who participates agrees to garden organically, maintain their box and keep it and the surrounding area free of weeds and complete a community job. Joining also allows access to the greenhouse and community crops that are grown, such as herbs and strawberries. The community guidelines were patterned after Wasatch Community Gardens guidelines, which has been operating community gardens in Salt Lake County for over 30 years. Registration begins every year on April 1 and returning gardeners are given priority so they can get their boxes back. Every year is a learning year and most gardeners are new. So far all participants have been from the Independence neighborhood, although all Bluffdale residents are welcome to join. The fee is $40, which covers the cost of drip irrigation and the season runs from May to October. We are still expanding and in the early phases of the garden. It's a pretty amazing place! Stop by and see it anytime.

Garden Policies - (Read before signing up and paying)