THE CITY OF BLUFFDALE, UTAH - NOTICE OF 2019 MUNICIPAL ELECTIONS

The 2019 City of Bluffdale Municipal Elections will be held to elect four City Council Members.  Each Council seat is at-large; three City Council seats are for a 4-year term and one City Council seat is for a 2-year term.  Citizens interested in becoming a candidate for office must file a Declaration of Candidacy (specifying the term) in person with the City Recorder, 2222 West 14400 South, Bluffdale Utah, from June 3, 2019 to June 7, 2019, between the hours of 8:30 a.m. to 5:00 p.m. Monday through Friday.

To qualify as a candidate for a municipal office, you must be a United States citizen, a registered voter and a resident of Bluffdale for 12 consecutive months prior to the election.  The Primary Election, if needed, will be held Tuesday, August 13, 2019.  The General Election will be held Tuesday, November 5, 2019. 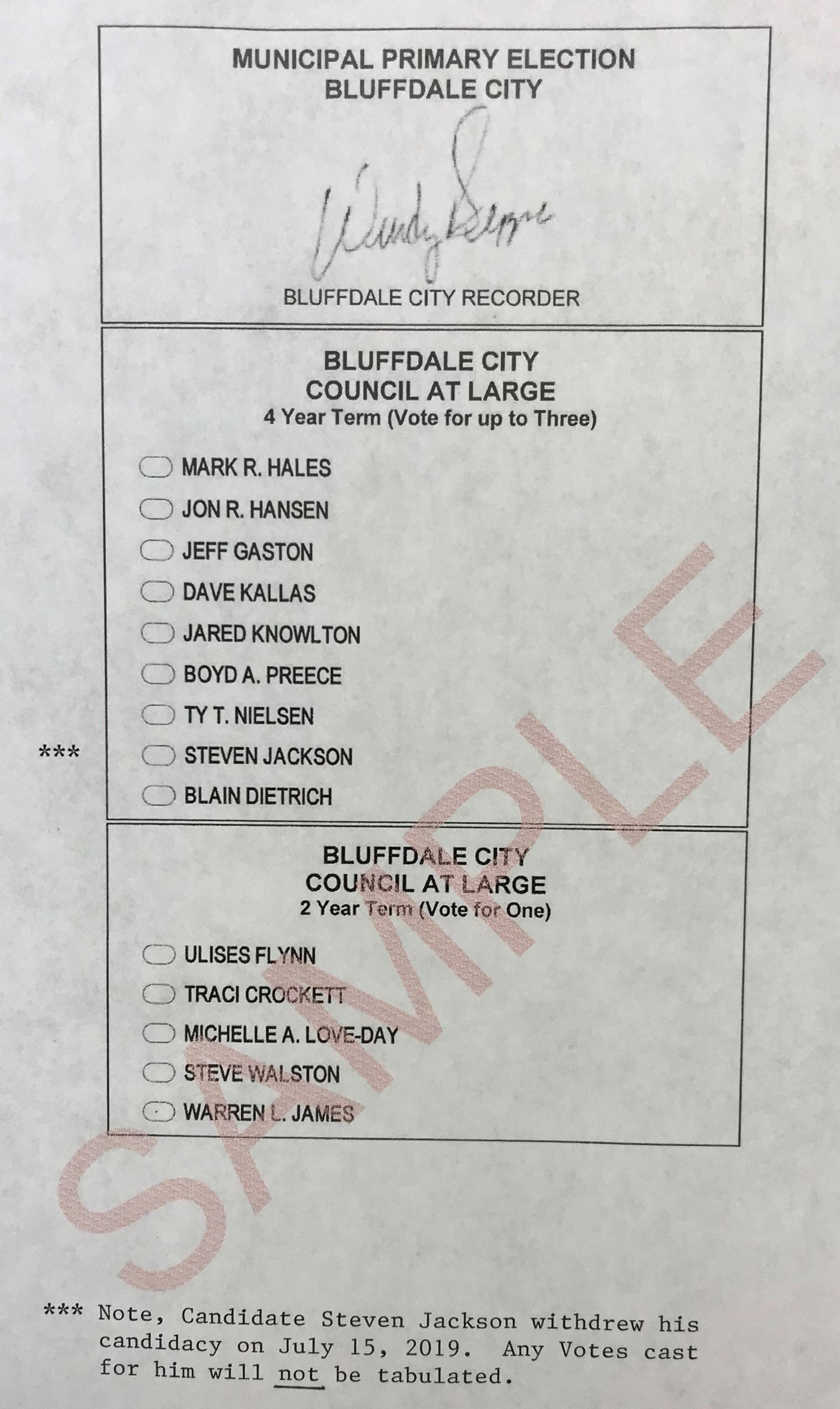